In May the Supreme Judicial Court (SJC) decided two cases that will affect how landlords and property managers handle evictions, namely Ahmed-Kagzi v. Williams and Rental Property Management Services v. Hatcher. I was one of the four attorneys who worked on the cases on behalf of Fred Basile and helped write the appeal brief. I see the SJC decisions as relatively good news for Mr. Basile, but a mixed bag for landlords and property managers on the whole. One thing in particular has me worried, namely what the SJC said about the Attorney General’s regulations (see below). 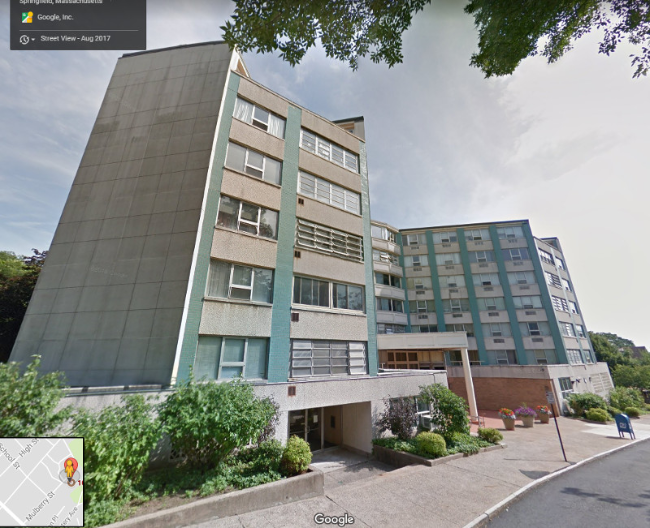 One of the buildings in which the SJC case started. Image is from Google Maps Street View, Google, Inc.

In both cases Mr. Basile was the property manager, not the owner or the landlord, and not a lawyer. He signed and filed the summary process summons and complaint, listing the property owner and himself (doing business as Rental Property Management Services) as the plaintiffs. The tenants alleged that by doing so Mr. Basile had engaged in the unauthorized practice of law and thereby violated the Consumer Protection Act (Chapter 93A). Why is Chapter 93A so important? Because a violation would entitle the tenants to multiple damages and their attorneys’ fees.

In Housing Court, the tenants moved for summary judgment (i.e. an immediate decision without the need for a full-blown trial) on their Chapter 93A claims. After a hearing, the judge prohibited Mr. Basile from initiating any additional evictions unless he was the owner or lessor, but ruled that his conduct in these two cases did not violate Chapter 93A. The tenants appealed, bypassing the Court of Appeals and going straight to the SJC.

The Massachusetts Law Reform Institute and Harvard Legal Aid Bureau filed amicus briefs in support of the tenants’ argument that the conduct did violate Chapter 93A. On the narrow question of whether Mr. Basile’s conduct in these two particular cases violated Chapter 93A, the SJC upheld the judge’s ruling, i.e. no, the conduct did not run afoul of Chapter 93A so as to warrant multiple damages. But it sent the cases back to Housing Court for a decision on whether to impose other sanctions on Mr. Basile. Together, the two decisions make four key points:

The SJC held that Mr. Basile had no standing to sign and file the summons and complaint, and “his conduct constituted the unauthorized practice of law because he was not an attorney.” Signing and filing the summary process summons and complaint is something only landlords and their attorneys can do. Certainly, if the landlord is an individual, he or she can sign. If the landlord is a corporation, an attorney must sign (which has been the law for many years in Massachusetts). Anyone else who does so on behalf of a landlord, e.g. the landlord’s property manager, is engaging in the unauthorized practice of law.

3. No 93A violations in these particular cases

The conduct at issue in Hatcher and Williams was very limited: Mr. Basile did not engage in courtroom advocacy. All he did was sign and file the summons and complaint. In the Hatcher decision the SJC held that “such conduct is not enough, on its own, to constitute an unfair or deceptive practice in violation of [Chapter 93A]. It declined to impose 93A liability “for such conduct alone.” In the Williams case it used the term “without more.”

The words “on its own,” “alone,” and “without more” are important. They show that the SJC is leaving the door open for 93A claims where the property manager’s conduct goes further than simply signing and filing. Importantly, the court held that property managers who engage in the unauthorized practice of law cause tenants to suffer harm of an “especially serious” kind and give landlords an “unfair advantage.” This teeters on the verge of “unfair and deceptive,” which is what a plaintiff has to prove in Chapter 93A cases.

To be clear, in no sense was the SJC giving the tenants’ bar a game-plan or roadmap for next time. The justices simply made clear that a property manager who knowingly engages in the unauthorized practice of law to “game the system” causes serious harm to tenants; gives the landlord an unfair advantage; and should be sanctioned; and that the only significant barrier to a finding that this sort of conduct also violates Chapter 93A is the fact that the Attorney General’s regulations do not say that it does. I suspect that the pressure on the Attorney General to change the regulations -- and thereby expose errant property managers to treble damages -- will be considerable.

Although there was no violation of Chapter 93A, so no opportunity for treble damages, the SJC sent the case back to Housing Court for the judge to decide whether to sanction Mr. Basile. e.g. require him to pay the tenants’ costs and legal fees. Here is what the court stated:

“[W]here a person seeks to evict a tenant without the standing to do so or where a person   who is not authorized to practice law signs and files a summary process summons and complaint – and where that conduct is not inadvertent but by design, or part of a pattern or practice – we hold that a court has the inherent authority, in the exercise of its sound discretion, to impose appropriate sanctions, including attorney’s fees and other costs in order to ensure the fair administration of justice and to deter such conduct in the future.”

In a nutshell, property managers who routinely initiate summary process actions on behalf of landlords will now face sanctions.

What are the lessons for landlords and property managers? There are two.

First (and coming from an attorney, this may sound self-serving) the message for any individual landlords who do not want to represent themselves in summary process cases is simple: get a lawyer. A property manager who is not also an owner or lessor is not allowed to sign and file the summons and complaint, still less engage in courtroom advocacy. Only a lawyer will do, and flouting this rule will lead to sanctions.

Second, keep an eye out for proposals to amend the Attorney General’s landlord-tenant regulations. Is this a sure thing? No. But given the realties of Massachusetts politics, it seems more likely than not.