On Sunday, February 19, 2019, the Boston Globe magazine published an article about evictions in Massachusetts. The reporters, Jenifer McKim and Alejandro Serrano, implied their support for providing tenants with taxpayer-funded lawyers, a position that should come as no surprise. But in support of their policy preference, they cited as fact things that are objectively and demonstrably not true. Please do not let this shake your faith in the media. 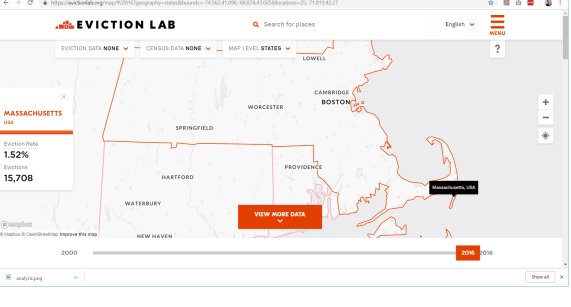 Screenshot of the Eviction Lab website where McKim and Serrano found the “43 a day” number. If McKim and Serrano had explored further, they would have read the methodology section that made it clear these were not forced removals.

The Globe reporters stated 1.) that “each year since [2008], landlords have sued about 40,000 heads of household across the state seeking to evict them;” 2.) that the number of “forced evictions” is, on average, 43 per day; and 3.) that the number of “forced evictions” in Massachusetts has doubled since 2005. Attorney Richard D. Vetstein, author of the Massachusetts Real Estate Law Blog, promptly pointed out that not one of those statements is true.

His post titled “Boston Globe Magazine’s Hit Piece On Evictions Riddled With Misleading Statistics, Bias” is available online, and it is worth reading.

McKim and Serrano’s Made up Sums

According to the Globe, “each year since [2008], landlords have sued about 40,000 heads of household across the state seeking to evict them.” This brings to mind the lines from Shakespeare’s Hamlet, who proclaiming his love for Ophelia declares, “Forty thousand brothers could not, with all their quantity of love, make up my sum” (Hamlet, act V scene 1). Well, in the Globe’s case somebody made up the sum, and it was not the Housing Court.

As Attorney Vetstein points out on the basis of publicly available data, in 2018 there were about 40,000 cases filed in both District and Housing Court, of which about 30,000 were eviction cases. That 30,000 figure includes commercial as well as residential evictions.

So, no, it is simply not true to say that “each year since [2008], landlords have sued about 40,000 heads of household across the state seeking to evict them.” Either the true meaning of the 40,000 number was considered not worth discovering, or the reporters made up the figure and by chance struck upon a real number describing something else.

The Globe states that “in 2016, there were roughly 15,708 forced removals in Massachusetts—an average of nearly 43 a day.” For those of us familiar with this painful process, this statistic immediately smells fishy.

As Attorney Vetstein explains, a “forced eviction” requires the landlord to pay, on top of all other eviction losses, a further $3,000 to the bonded mover and storage company in the almost certain knowledge that the landlord will never recoup that sum from the tenant. Armed officers of the court appear and physically remove entire families. No one wants this. Everyone works hard to avoid it. Does it happen? Yes. If we as a society could wave a wand and prevent it ever happening again, would we want to? Yes. But it doesn’t happen nearly as frequently as stated.

What the Globe seems to have done is conflate two categories: (1) judgments for possession; and (2) sheriff-supervised move-outs. These are quite different things. After obtaining judgment for possession, a landlord needs to obtain execution. Then, after any judge-ordered stays of execution have expired, the sheriff can use the execution to remove the tenants and their belongings. Because of the cost and horror involved, these “forced removals” make up a very small subset of the number of judgments for possession.

The 43-a-day number comes from Eviction Lab, whose methodology clearly explains that 43 cases a day were found to have the “possession flag.” Eviction Lab makes no assertion that these cases were forced move-outs, or even disposed. The Globe did not independently verify Eviction Lab’s research nor did they take time to understand the numbers presented.

In 2014, MassLandlords volunteers conducted a survey of bonded and insured moving company volume. This survey suggests the true number of levied executions ought to average 8 per day, 80% less than reported.

According to the Globe, the number of “forced evictions” has doubled since 2005. The reporters do not cite their sources.

Simple arithmetic proves this claim doubtful. Again, the data available do not track levies of execution, they track cases with the “possession flag”.

Alternative measures based on MassLandlords studies suggest an increase in “possession flags” of no more than 30%. (The MassLandlords Eviction Study was shared with McKim via email prior to publication but did not get included in the finished article.)

There is no data tracking forced removals. There is no reason to believe that forced removals are growing faster than filings with the “possession flag.” In this dimension, 30,000 multiplied by two cannot equal 30,000. Perhaps math is different in Globe-world.

Jenifer Kim spoke with Attorney Vetstein for about an hour before writing the article. She spoke with MassLandlords Executive Director Doug Quattrochi for at least an hour over the course of two months. I was one of the other people Ms. Kim interviewed. We attempted in good faith to make a wide range of contributions to her article, sharing links and data where we had it.

McKim had read my post on the subject of the right-to-counsel proposal in which I point out that the group claiming credit for getting the measure enacted in San Francisco is DSA, Democratic Socialists of America, which promotes “anti-speculative and pro-tenant initiatives that work toward our long-term goal of 100% social, democratically planned housing.”

In my opinion, stripping people of their property rights and moving toward a total government take-over of the rental housing market would constitute a Bad Thing. That is my opinion, and the people at the Boston Globe are entitled to theirs. But they are not entitled to their own facts.

Once they heard that we were concerned about DSA involvement in Right to Counsel, our fate was sealed. After the article appeared, Quattrochi offered one op-ed and two letters to the editor in rebuttal. Michael Fitzgerald, editor at The Globe Magazine, declined to publish any of it. Why? They said his facts were wrong. Unlike the Globe’s eviction figures, you can’t make this stuff up. 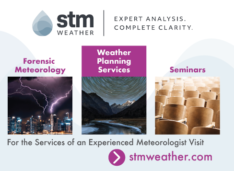