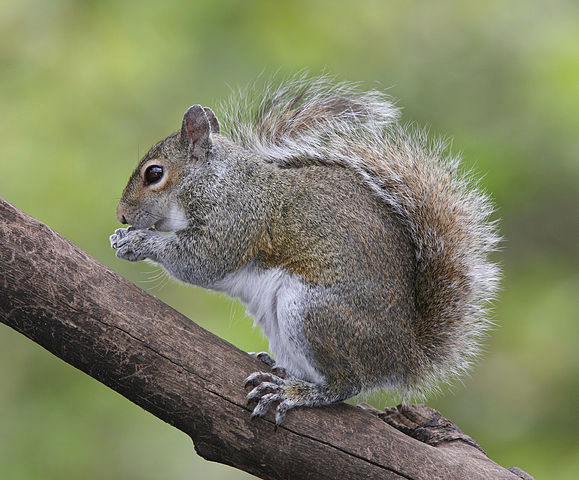 The Eastern Gray Squirrel belonging to the rodent family is one of this country’s 10 known species.  They may have two to seven young, one to two litters per year.  They do not hibernate.  The Eastern Grey Squirrel may store and feed on various nuts and seeds.  While feeding they will dig up vegetable and flower gardens and empty bird feeders.  They become a problem to the homeowner by gnawing into attics and taking up residence.  Often this squirrel may become a captive by falling down the home owner’s chimney and there by doing extensive damage trying to escape.  There are no known diseases   transmitted to man.  There is no known registered rodenticide for squirrels.  Trapping is the best way to eliminate these invaders, which should be done only by a licensed animal control operator.  After elimination the gnawed entrance holes should be repaired.