We studied the Mass.gov fire fact sheets. Over the last 20 years there has been no reduction in the number of structural fires. On the contrary, structural fires increased 75% in the ten years from 2000 to 2010. 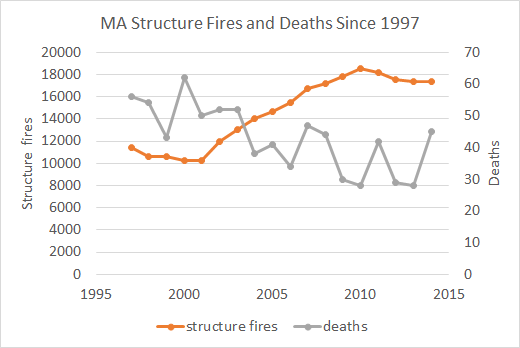 Fortunately, the number of fatalities per capita has fallen by 37%. Fire departments are probably focused on escape instead of prevention.

What's surprising is their graph of the most common causes of fires. These are things landlords can influence or control! 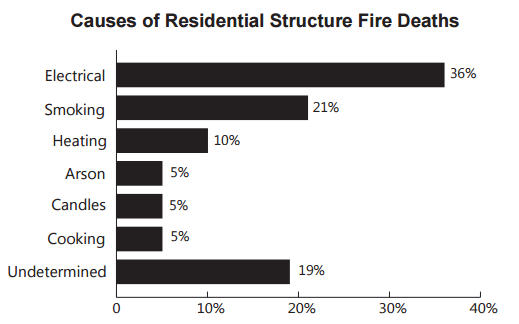