The case of Lindquist v. Stella started in June 2016 as a no-cause eviction in the Central Division of the Housing Court in Worcester. The tenant (represented by Community Legal Aid) promptly counterclaimed for violation of the warranty of habitability, discrimination, retaliation, illegal utility charges, and violation of Chapter 93A. 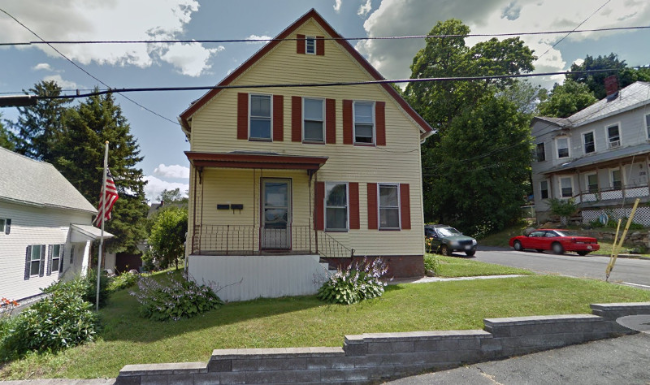 43 Kosta St, Worcester, the address where the landlord was alleged to have caused $55,000 in damage, now cleared by the appeals court. Google Maps.

After a bench trial, the judge ordered the landlord, Ms. Lindquist, to pay her tenant, Mr. Stella,  the sum of $55,000.00, including $7,000.00 in attorney’s fees. In addition, according to the docket entry accessible via masscourts.org (Case Number 16H85SP002140), the judge also allowed the tenant’s motion to attach the landlord’s real estate.

But in September 2018, the Appeals Court, expressing “doubt that the findings were the product of [the judge’s] independent judgment,” reversed parts of the judgment and sent the case back for re-calculation of damages, including the award of multiple damages and attorney’s fees under chapter 93A: “After a careful review of the record, we conclude that the judge’s findings, which she adopted from the parties’ proposed findings, do not reflect a meaningful consideration of the evidence.”

No tenancy before landlord owned the premises

The judge adopted the tenant’s proposed finding that the tenancy began in April 2011.  However, as the Appeals Court pointed out, “the evidence is undisputed that Lindquist did not even purchase the property until June 2011.” Simply as a matter of chronology, the finding on the start-date of the tenancy was clearly wrong. In addition, per the tenant’s proposed findings, the judge found that the front porch had been rotting since 2011. But, as the Appeals Court noted, the evidence showed that in 2016 a city inspector “reported no issues with the front porch.”

This part of the case was the basis for the award of multiple damages and the award of attorney’s fees (for Community Legal Aid) in the amount of $7,000.00.  Accordingly, given the evidentiary issues, the Appeals Court remanded the claim for further findings and recalculation of damages.

No evidence of illegal utilities charges

But the evidence showed that it was the tenant himself (a master electrician) who had wired the smoke detectors, connected them to the electrical box, and agreed to pay for the common-area utilities in exchange for reduced tent. “The judge’s adopted findings do not reflect any meaningful consideration of this evidence,” stated the Appeals Court.

No evidence of discriminatory parking

The tenant alleged that the landlord’s son, Shepard, had started parking in his (the tenant’s) usual parking space. Because the tenant had mobility issues this amounted to discrimination on the basis of disability in violation of G.L. c. 151B, according to the findings.

Again, however, the Appeals Court observed that the judge had simply “adopted [tenant’s] proposed finding that [Shepard] (Maintenance Manager) is the son of [landlord] and maintenance manager of the subject premises, and was at all relevant times operating as an agent of [landlord].” As the Appeals Court noted, there was “no evidence that could reasonably support characterizing Shepard as the maintenance manager.” Rather, there was evidence – the tenant’s own testimony, in fact – that Shepard only worked on the property a “handful of times” over the course of five years.

The Appeals Court ruled that on this claim (discrimination) judgment should enter for the landlord.

Who proposed the proposed findings?

When both parties are represented by counsel it is the attorneys, not the parties themselves, who draft proposed findings. In this case, counsel for the tenant was Community Legal Aid, Inc., of Worcester County, one of the organizations that receives funding from the Massachusetts Bar Foundation’s IOLTA (Interest on Lawyers’ Trust Accounts) Grants Program, which is in addition to the approximately $5 million in taxpayer-funding that the organization receives via the Massachusetts Legal Assistance Corporation.

The money for IOLTA grants comes from the interest on the retainers entrusted to lawyers by their clients, including landlords.