In November’s election, California landlords defeated a rent control ballot initiative, Proposition 10, by a vote of 60% against to 40% in favor of expansion. 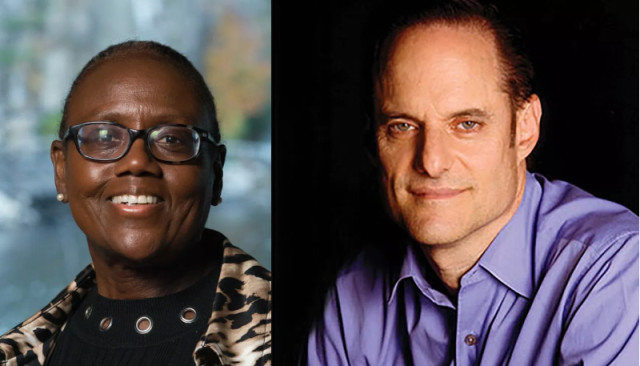 Cynthia Davis and Michael Weinstein of the AIDS Health Foundation.

Similar to current initiatives in Massachusetts, California’s Proposition 10 ballot initiative would have repealed their state-wide Costa-Hawkins Rental Housing Act, a law enacted one year after Massachusetts’ state-wide ban, in 1995.

Proponents led by, surprisingly, the AIDS Healthcare Foundation, spent $26 million. Opponents led by the California Apartment Association spent $74 million. The measure did not pass (rent control still exists in California but will not expand).

The Wikipedia article on “Rent Regulation” cites a number of serious economic studies from opposing political views, all of which say rent control does not work.

A 1992 survey of 464 US economists found that 93% agree that “A ceiling on rents reduces the quantity and quality of housing available.” A 2013 analysis of all economic research then available concluded, “Rent stabilization doesn’t do a good job of protecting its intended beneficiaries. There seems to be little one can say in favor of rent control.”

Michael Weinstein, President of the AIDS Healthcare Foundation, stated “The greed of these billionaire corporate landlords is causing widescale misery for millions of Californians, and the scourge of homelessness will get much worse because the rent is too damned high.”

The AIDS Healthcare Foundation’s mission is to “rid the world of AIDS.” Their 2016 tax return says, “The foundation provides medical care for those affected by HIV or AIDS.”

It is not expected that the IRS or the California Attorney General will take action against the AHF for diverting resources from the exempt purpose of the organization.

Under current models, over 265 people could have been given a lifetime supply of AIDS medication, or 65,000 people experiencing homelessness could have had their rental applications guaranteed, for the cost of this rent control argument.