By: Alexis Gee, Manager of Marketing and Events

In December, Attorney General Maura Healey announced that North Attleboro-based pesticide company Mosquito Shield LLC and its franchisees agreed to pay fines to the state and change their advertising. This settlement resolved allegations that Mosquito Shield LLC down-played the risk of their pesticides on the environment and resident health. 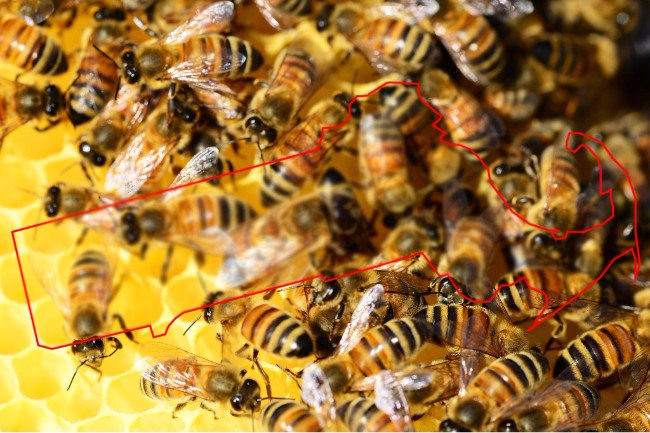 Neonicotinoid containing pesticides have been proven to be toxic to bees and other pollenators.

AG Healey’s settlement with Mosquito Shield came two months after an unprecedented settlement with Bayer CropScience, one of the largest global manufacturers of pesticides. Bayer agreed to change their advertising for neonicotinoid containing pesticides. This settlement resolved allegations that Bayer downplayed the hazards its pesticides pose to bees and the environment.

Healy said Bayer described their pesticides as, “’a daily vitamin’ to plants, when in fact they are highly toxic to honey bees and other pollinators in the environment.”

Bayer has not always been a Role Model of Chemical Ethics

Although most well-known for life-saving aspirin, Bayer has a history of toxic chemicals and unethical practices.

In the 1920’s, “Bayer developed a series of new poison gas weapons” (Wollheim-Memorial) which were used in battle during WWI, WWII and in Nazi concentration camps. “The International War Crimes Tribunal pronounced the [company’s predecessor, IG Farben] guilty for its share of responsibility in the war and the crimes of the Nazi dictatorship” (Corporate Watch). A Nuremberg-convicted board member served on Bayer’s supervisory board after completing his prison sentence, starting in 1956 (Wikipedia).

In 1984, according to Wikipedia citing the New York Times, Bayer was responsible for “one of the worst drug-related medical disasters in history” when it continued to sell HIV-infected hemophilia medication to third-world countries after sale of unsterilized medication was banned in the US.
In 2013, the European Union banned the use of Bayer’s neonicotinoid pesticide. Bayer continues to sell this in the US.

Helpfully, the scientists suggest a pesticide alternative: “Interestingly, we found that the application of foliar [leaf-based] applied insecticides had little or no negative consequences for population persistence of wild bees.” Neonicotinoids are applied to plant seeds, not leaves, and become incorporated into pollen.

Bayer is once again in a tough ethical position, as science and macroeconomics increasingly point to a conflict with shareholder value.

Be Careful with Any Pesticide

Some pesticides are as lethal to humans as they are to pests. According to the Washington Post, four died on January 2 after improper application and attempted clean-up of a pesticide in Texas.

MassLandlords advises that landlords do thorough research before having an exterminator apply any pesticides or chemicals to your rental properties. A license is generally required to apply any pesticide or poison. Advertising claims should always be independently confirmed.