Can a Massachusetts landlord prohibit guns in an apartment? Other states offer clear guidance. Minnesota has a law that says landlords may not restrict the lawful carry or possession of firearms by tenants and their guests. Tennessee has a ruling that says the exact opposite.  Massachusetts has neither. 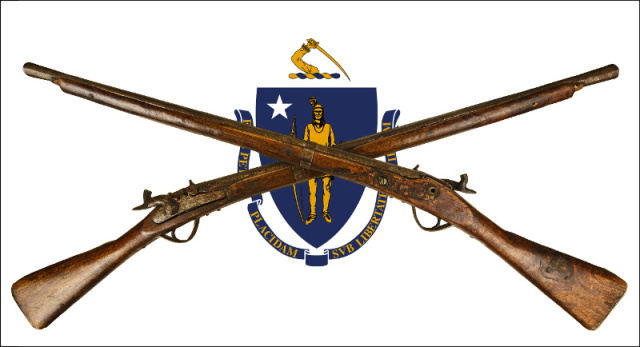 So may a landlord in the Bay State prohibit a tenant – the holder of a valid license to carry – from keeping a firearm on the leased premises? Probably, so long as the lease provision is universally enforced without regard to the tenant’s sex, race, religion, etc. But to do so could incur the risk of a civil rights lawsuit.

This issue made national headlines in 2018 when Leyla Pirnie, 24, a graduate student at Harvard University, learned that some of her fellow tenants had searched her room without her permission and found her legally-owned firearm. They told the property manager that Ms. Pirnie’s firearm deprived them of their right to quiet enjoyment. Dave Lewis, president of Avid Management, the property-management company, suggested that Pirnie move out.

Property owners have the right to make reasonable rules that limit activities in the buildings and grounds that they own. Article 10 of the Massachusetts Declaration of Rights guarantees the right of each individual to be protected in the enjoyment of “life, liberty, and property.”

If property owners wish to ban firearms from their rental units, tension arises between the enjoyment of property and the Second Amendment to the Constitution of the United States, which guarantees the right of citizens to keep and bear arms, a right that covers not just service in the militia but also self-defense in the home. The two Supreme Court cases that confirm this right are District of Columbia v. Heller, 554 US 570 (2008) and McDonald v. Chicago, 561 US 742 (2010).

What the Second Amendment protects citizens against is interference on the part of government (both federal and state government, as the McDonald case established) not private actors, e.g. landlords. Because private landlords are not government officials, the Second Amendment itself does not prohibit them from infringing a tenant’s right to keep and bear arms. As the Heller and McDonald cases show, the right to possess a firearm for self-defense in the home is a civil right secured by the Constitution of the United States. However, that is not the end of the matter.

The Massachusetts Civil Rights Act, the state law that prohibits interference with civil rights, applies to state actors and private actors alike. It allows people to sue “[w]henever any person or persons, whether or not acting under color of law, interfere by threats, intimidation or coercion, or attempt to interfere by threats, intimidation or coercion, with the exercise or enjoyment by any other person or persons of rights secured by the constitution or laws of the United States.” M.G.L. c. 12, §11H and 11I.

A very important word in the term “threats, intimidation, or coercion” is the word “or.”  To run afoul of the Massachusetts Civil Rights Act, you do not have engage in all three (threatening, intimidating, and coercing); one will suffice. Nobody could reasonably construe a contract clause as a threat or intimidation. But if a lease contains a provision that prohibits the possession of firearms (thereby interfering with a current or prospective tenant’s right to keep and bear arms) would that amount to “coercion”?

The Supreme Judicial Court (SJC) has held that “coercion” means more than the threat of physical violence. Depending on the facts of the case, it may also encompass “moral force” and “economic coercion.” Haufler v. Zotos, 446 Mass. 489 (2006). It is easy to foresee a tenant arguing that a lease provision constitutes the use of economic force. So landlords who ban firearms may run some risk of a claim that they are, by coercion, interfering with a tenant’s exercise or enjoyment of the right to bear arms.

While landlords have a duty to exercise ordinary care to keep their premises safe, they do not have an open-ended legal duty to protect tenants from one another.

One case that made this clear was Anderson v. 124 Green Street, LLC (2011). As the culmination of an argument over paying for gas, the plaintiff’s father was murdered by a co-tenant whom the landlord knew to have had issues with the law and with substance abuse.

The plaintiff sued the landlord in Suffolk County Superior Court for negligence and wrongful death alleging that the landlord should have performed a background check.

The judge disagreed and found that the landlord could not reasonably have foreseen a fight between the two tenants and had no duty to perform a criminal background check. He ruled that “[t]o impose liability here would induce landlords to decline housing to those with a criminal record in the absence of evidence of an actual threat to cotenants or individual tenants.” In an unpublished opinion, the Appeals Court affirmed the decision.

On the one hand, this comes as something of a relief: In the extremely unfortunate event of one tenant shooting another tenant, the landlord is not automatically liable, even if the landlord knew that the shooter had a criminal history of some kind.

On the other hand, in the absence of such a duty on the part of landlords, tenants have to look out for themselves. If a landlord bars tenants from keeping firearms, could the landlord be liable to tenants who are attacked and unable to defend themselves because of the no-firearms clause in the lease?

A Massachusetts Tenant’s Right to Self-Defense

Some tenants may have legitimate fears of armed attack, as the following news stories demonstrate, and a no-firearms provision in the lease would arguably leave them defenseless against gun-wielding intruders. Without advocating for gun rights, consider the following:

In December 2018, the Associated Press reported that a woman in the New Orleans suburb of Metairie called police to tell them that fearing for her life she had just shot her abusive husband.

“Three women, ages 75, 55 and 29 were leaving for church around 10:30 a.m. Sunday when [a] man confronted them in their driveway, according to police. He forced the women back into their home, but once inside, the 55-year-old pulled a gun and shot at the man twice.”

Also in December 2018, in Columbia, North Carolina, an escaped prison inmate broke into a woman’s home, picked up a knife, and headed toward her bedroom where she was hiding (with a firearm). The inmate did not survive the encounter. The woman did.

In 2017, an armed Maryland woman was able to subdue an intruder who had broken into her home using a lawn statue of the Virgin Mary. She held him at gunpoint until the police arrived.

In situations such as those, the outcomes would have been different had the women been unarmed. We point this out not to advocate for gun ownership but rather to illustrate a potential liability that landlords face if they prohibit tenants from keeping firearms. This is an argument you could be defending against in housing court.

All Massachusetts residents have the right to use deadly force against intruders if they believe that the intruder might kill or badly injure them or others in their home. If a tenant with a license to carry is not able to keep their firearm in their unit and suffers injury at the hands of an intruder or abuser, they might well claim that but for the no-firearms clause they would not have suffered the injury.

In short, a lease provision that prohibits tenants from keeping firearms could expose the property owner to liability.

Landlords in Tennessee and Minnesota know where they stand. In the former, they can bar tenants from keeping firearms; in the latter, they cannot. Here in Massachusetts, landlords lack that level of certainty and, whatever choice they make, face the risk of litigation. Some clarity would be welcome, preferably as the result of a new and unambiguous statute.