The explosions and fires with the resulting injuries, deaths and homelessness is an epic tragedy.  The Governor and other Federal and State politicians have blamed the tragedy on Columbia Gas and taken no responsibility for this tragedy. I am writing to express my opinion that our Federal and State Government bears at least some responsibility for what happened. You may think that the State Regulators that regulate public utilities or the Federal Regulators that regulate interstate transportation are who I am referring to.  The fault is a lot more basic to our system of government. 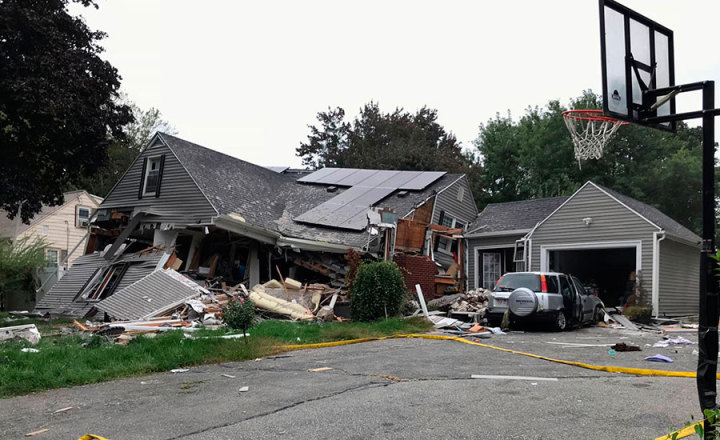 Engineering News Record shows a building destroyed by Columbia Gas, and in light of the recently rediscovered MGL 142 Section 3, perhaps destroyed by our own over-lobbied laws.

If any citizen in the Commonwealth needs to replace a stove or do any other gas fitting they are required by law to use a licensed plumber or gas fitter.  I refer you to Massachusetts General Laws Chapter 142, Section 3.

That law is as it should be to protect the public from improper gas fitting. As a secondary protection for public safety, all gas fitting requires permits even when done by a licensed plumber or gas fitter.

Here is where I blame our politicians for the tragedy.  People doing gas fitting in your home are required to be licensed as a gas fitter or a plumber, however our laws provide that when working on gas mains in the street, including low pressure gas main of 6 inches or 36 inches, and high pressure gas mains our government saw fit to make an exception for gas companies.

This section shall not apply to authorized employees of any gas company organized under chapter one hundred and sixty-four; said employees shall not require a gas fitter's license while performing work for said gas company.

I also ask our elected officials and regulators to review this exception in light of the events in the Merrimack Valley and make an immediate change to the law. All gas fitting shall be performed by a licensed plumber or gas fitter even when the work is done by a gas company. Require that they use licensed plumbers and gas fitters.

Where is our Attorney General on this matter. This regulation is improper because if the gas companies are exempt from using licensed plumber and gas fitters it can only be so they can save money. They already charge us an arm and a leg for natural gas. They do not appear to be saving us any money because of this exemption.  In addition, as a matter of equal protection, if the gas company does not have to use licensed plumbers and licensed gas fitters, why are homeowners put to this expense.  Is that because homeowners do not have the same organization and power to lobby our legislators and regulators.

This letter needs to be published because the public is not aware of this exemption and during the public discussion surrounding the tragedy in the Merrimac Valley no one has started the discussion that our laws are deeply flawed and the legislators and regulators bear some responsibility for allowing work to be done on gas mains in the street by unlicensed plumbers and gas fitters.

I am attaching the full text of Massachusetts General Laws Chapter 142, Section 3 so the public can be made aware of this and demand it be corrected.